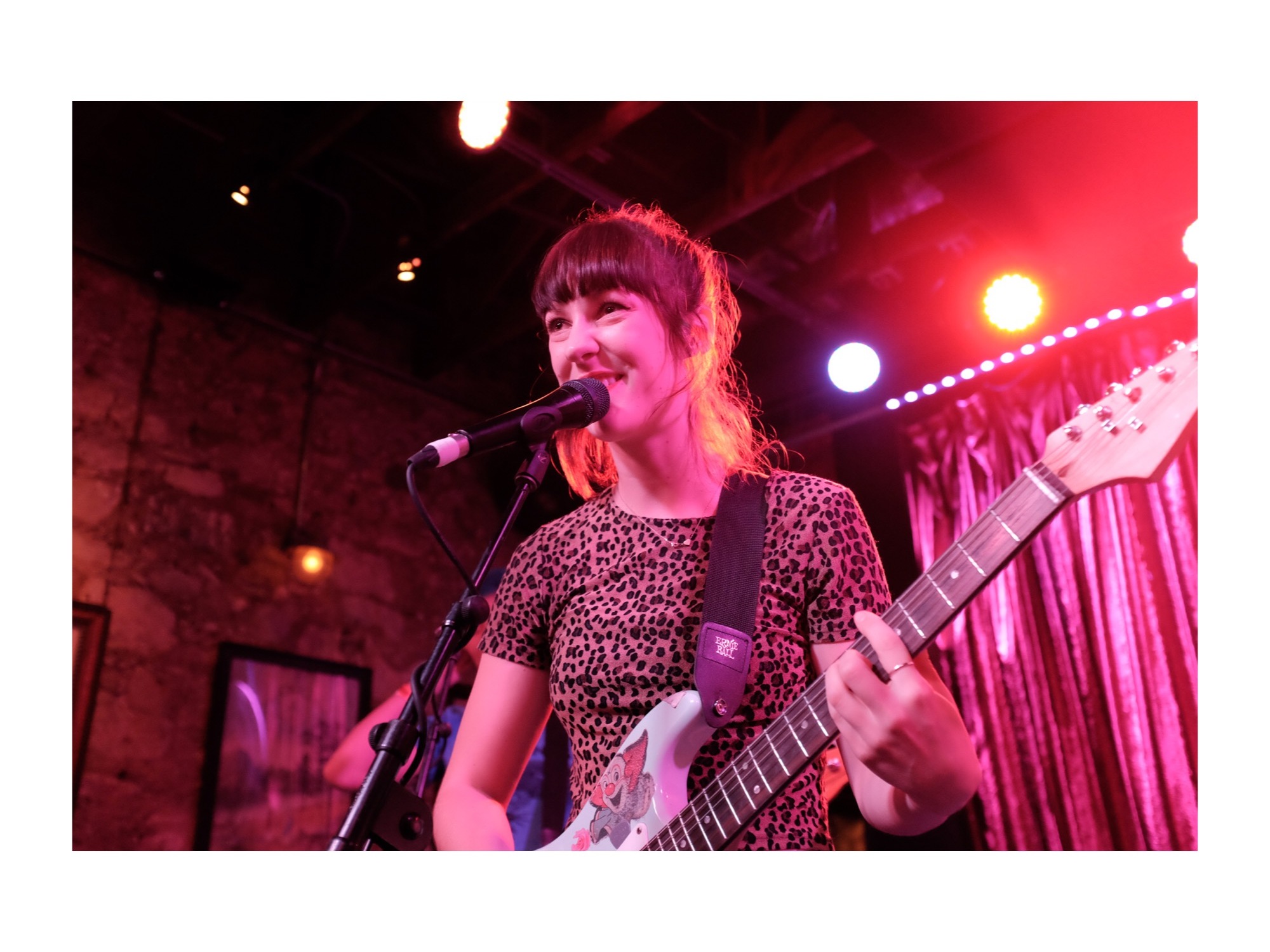 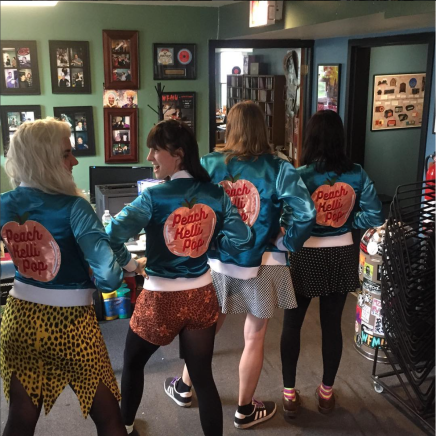 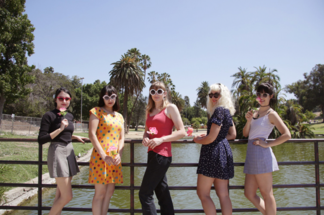 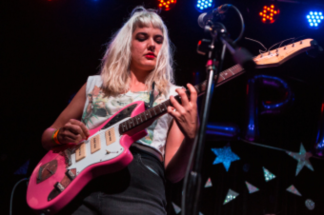 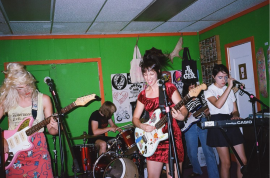 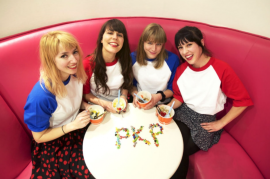 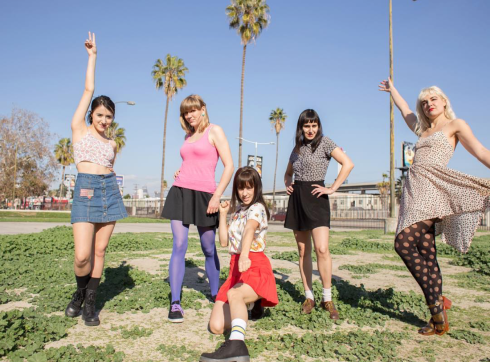 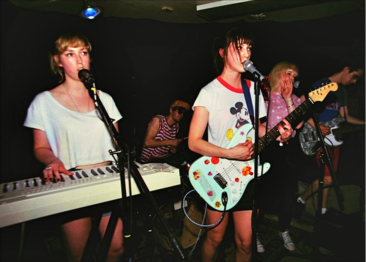 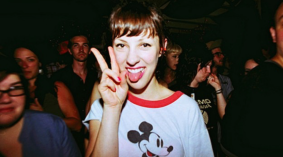 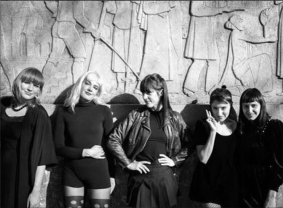 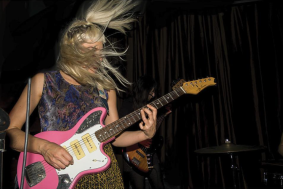 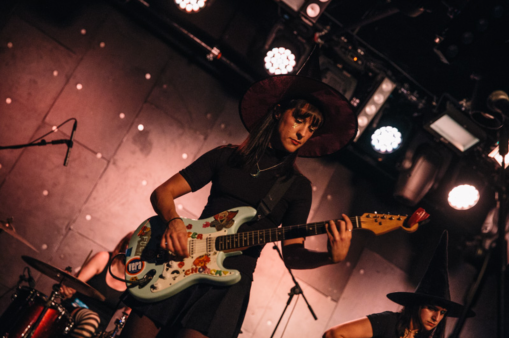 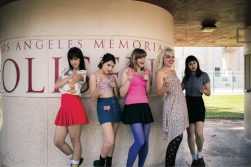 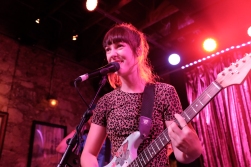 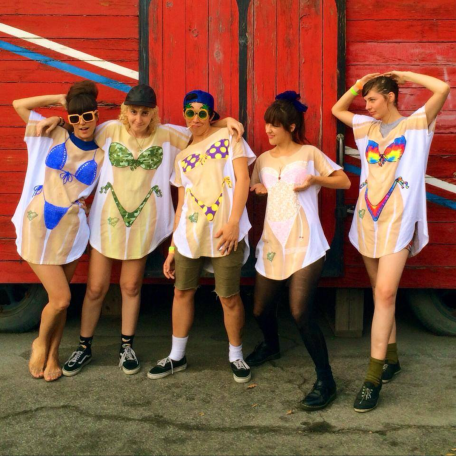 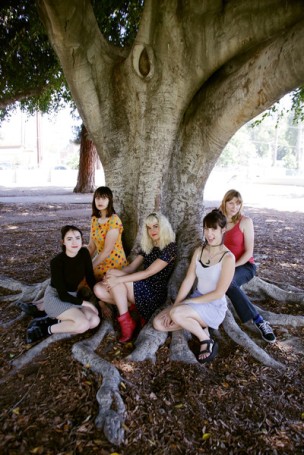 You’re from Canada but you live in LA now… how do you like it and how is the scene treating you guys?

It’s treating us awesome, I feel like it’s a great place for bands to be; there’s a lot of great shows and promotors and fun different stuff happening there so we’re big fans of Los Angeles.

How did you all find each other and start the band?

It was me that started the band and wrote the songs and then I searched for different girls who played the different instruments that we needed and eventually found them over the course of a couple months.

How did you go about searching for them?

Basically from asking friends. I actually asked people that I sort of knew but that I assumed would sort of have a different circle of friends and maybe would know someone that I hadn’t already thought of.

What does the name mean?

Peach Kelli Pop is the song title of a song by Redd Kross.

Do you have a favorite state or country to play?

Oo, that’s a tough question because every state and city has its own charm and its own vibe so it’s hard to compare. I guess Philly is really fun, Brooklyn and Los Angeles are good. But once again each place has its own thing going on so we have love for so many different places.

Everyone in the band has bangs… is this significant?

I’m not sure why – it just happened! It’s a cohesive look, it’s a mandatory haircut that you have to have.

Do you have a method in terms of writing lyrics or do you just sort of get at it?

I usually write the music part first and then write the lyrics that kind of go with the mood of the song so I feel like if it’s like kind of a slower sad sounding song it’ll probably be, you know, something sad and then vice-a-versa.

Your style is really feminine and also badass, do you have especial inspirations or just a ton of bands?

I feel like it just happens – that’s my personality. Sometimes I wish I was a bit tougher but I can’t help it, I’m just a girly girl. It’s hard because sometimes people don’t take you seriously or they assume that you’re just not going to be a very good band because you’re girly so that can suck but I think it’s a reflection of our personalities.

If you could have a baby wild animal for a pet what animal?

Oh my god that’s such a good question – I’d have every baby. I think I’d have a baby bear or… maybe a sloth. They’re really cute.

One thought on “Peach Kelli Pop // An Interview with Allie Hanlon”